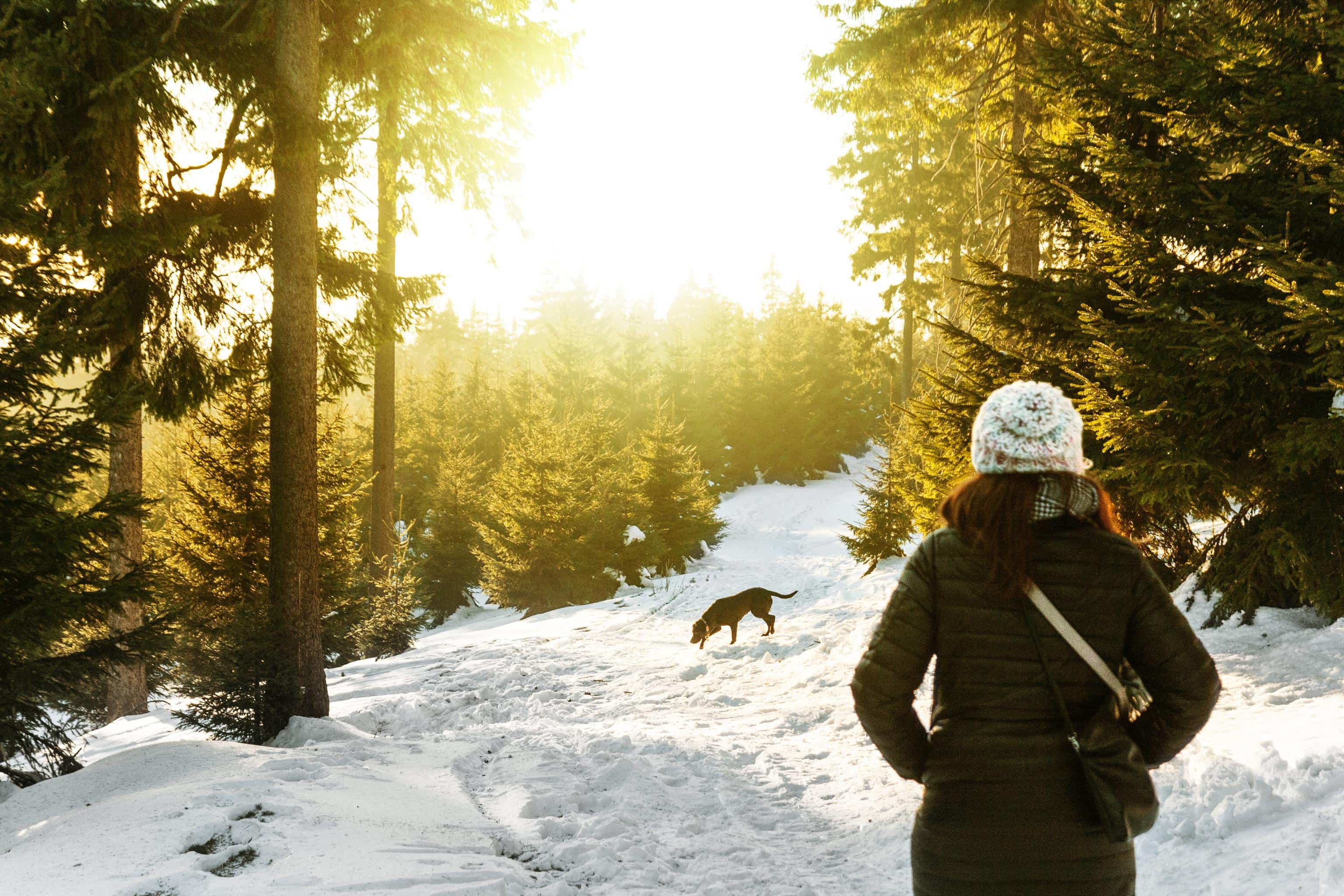 Having a dog in the city often seems like it would be unfair. Dogs need exercise. They need to run around manically, throw themselves about, roll in puddles and otherwise behave mischievously.

However, London has a plethora of gorgeous and sizeable parks that are perfect for a doggy day trip.

And of course if you really want, there is a huge amount of space just outside of London, the Chiltern Hills for example, which certainly deserve a thorough explore.

For all you London based dog owners (or any Londoners who like a good walk), we have compiled a short list of some of our favourite parks in London, and they really aren’t that hard to get to.

Grab your HBB, pack your essentials and get going.

London’s most famous – and perhaps busiest – park, but dogs are welcomed here with open paws. Hyde Park is one of the Royal Parks and forms a huge rectangular green lung in the middle of central London. It is home to numerous famous landmarks which draw in millions of tourists each year, including the Serpentine Lake, Speakers’ Corner and the Diana, Princess of Wales Memorial Fountain.

Vicky Park, as it’s known to eastenders, is a social hotspot for outgoing canines and their owners alike. It’s split into two parts: The western half is landscaped with a fantastic organic lakeside café, boating lake and picnic areas in the summer, while the eastern half is more suitable for dogs and has larger expanses to run on.

Be advised to carry a doggie bag though as there’s an open-ended children’s adventure playground (dogs are not allowed) and plenty of green area given over to sport. The Kenton is an excellent local dog-friendly Norwegian pub to pause in.

As the biggest enclosed space in London, there’s no shortage of spots for your dog to explore here in this National Nature Reserve.

This is London’s largest Site of Special Scientific Interest, so dog owners will need to be aware of the precious wildlife here. There are some restrictions in certain areas, and owners are advised to avoid the park during the deer rutting (September to October) and birthing (May to July) seasons to help prevent any potential problems.

Is there a car park? Yes, there are several.

Designed by John Nash, Regent’s Park covers 395 acres and is perhaps the most picturesque of central London’s parks with glorious flower beds and the famous Queen Mary’s rose garden with over 1000 varieties. There are plenty of places to let your pooch run free (especially on Primrose Hill) but dogs should be kept on leads in the formal gardens and sports areas.

This Victorian Park has recently been restored to its former Victorian glory with lottery money. At 113 acres, it is south east London’s biggest green zone and it has loads to offer: woodlands, a lake, formal garden and the Café on the Rye.

The arboretum is a canine-free zone but the lovely Japanese garden isn’t, and there are plenty of other trails to take: Southwark council even provides a handy trail map.

As far as views of London go, they don’t get much better than when perched atop Parliament Hill, the summit of hilly Hampstead Heath. Sometimes known as ‘kite hill’ due to its popularity among kite flyers. Spanning a huge 320 hectares (790 acres), this wildlife-rich parkland is among the biggest in London and features woodlands, vast heaths and swimming ponds, including one dedicated to dogs that enjoy a dip in the water. As you’d expect from an ancient heathland, there’s plenty of history, too – there are at least 55 historical features, monuments and archaeological sites to explore.

Is there a car park? Yes, several.

Find out more and plan your visit here

This Thames-side gem spans 200 acres with lakes, woodland areas, designated nature spots and open space. The park, which opened in 1858 on reclaimed Thames marshland, has a colourful history – including that of The Brown Dog affair. A statue of the same name was placed in the park in memory of dogs used in research experiments at the turn of the last century and was the subject of huge political controversy. The terrier figurine sits on a plinth in the park’s woodland, beside the Old English Garden.

Is there car park? Yes

This enormous 10,000 acre, 46 mile long linear park along the leafy banks of the River Lee runs from the East India Dock Basin on the River Thames in east London and up through Essex and Hertfordshire to Ware.

The park’s towpath through London takes in Walthamstow Marsh Nature Reserve, one of the few remaining pieces of the capital’s once widespread river valley grasslands. There’s also Coppermill Fields, Leyton Marsh and Tottenham Marshes, as well as plenty of reservoirs, as the park makes its way out of London. Once the park hits Waltham Cross, it opens up to the vast expanse of open spaces and lakes of the River Lee Country Park, which even has a free 500 metre dog agility course located just north of Cheshunt Railway station.

Nearest Station? There are many, it depends on where in the park you want to go.

Who wouldn’t want to romp around on Wimbledon Common, the largest expanse of heathland in London? Encompassing Putney Lower Common and Putney Heath, the conversation area covers 1,140 acres and supports a variety of wildlife, areas of mature woodland, ponds and bogland. You’ll cross paths with horse riders here as well as school children on nature trails and foragers in the autumn. If you start out from Putney, there’s a lovely walk to Wimbledon windmill with dog-friendly tea rooms to reward the foot-sore.

A well-trodden path by well-heeled dog owners who live locally but little known about outside the postcode. The walk offers the most pleasant, leafy views of the river, and is lined with fabulous trees which have grown huge due to the abundance of water. If you’re feeling energetic you can walk all the way from Hammersmith to Twickenham, – there are plenty of riverside pubs to stop at, several of which allow dogs on the lead.

Nearest Station? It depends where you want to start.

More info on dog walking on the Thames Path from Barnes

A short walk from Hampstead Heath will bring you to this 70 acre ancient woodland. It’s a haven for wildlife and accessible scenic walks and, come spring, you’ll find a beautiful carpet of bluebells there. Evidence of its history dates back to prehistoric times. There are good facilities here, including a cafe, on the edges of the woodland’s central field.

Is there a car park? Yes.

We’d love to know in the comments section below.